A Biblical View of Administration

Churches today consist of two parts. The spiritual purpose of the church (found in the New Testament) and the organizational structure, which provides the framework to operate efficiently.

It’s not enough today to just “preach well” or be “under prophetic anointing”, SOMEONE within the church must be responsible for planning, execution, measuring, management, and follow-up. And quite honestly, it should probably be someone other than the Senior Pastor.

Let’s see what the bible says about the organizational structure of administration:

Found in the Book of Act (Chapter 6), the Bible shows us how the Apostles dealt with the challenges that come with growth. In the midst of church growth, there was a growing schism brewing between the Greek and the Hebrew disciples. It turns out that Grecian widows were left out of the daily food program. This was the problem.

And when this issue was escalated to the Apostles, here’s what they did:

Acknowledging The Need & Understand The Role(s)

This is the big one – so stay with me here! The Apostles began by recognizing the role of operation within the church. They could have said, “ya’ll just need to pray about that” or “we’re trying to save souls– the church is not a soup kitchen!”

But they acknowledged – first and foremost – that there was a legitimate need within the church; one that couldn’t just be prayed and shouted over. There needed to be an organizational system that would ensure the needs of everyone was being met; and fair enough so that there would be no more feelings of neglect by anyone.

Side note here: Another reason why I believe the Apostles wanted to deal with this so quickly is that they knew that not doing so would begin to cause riffs with the congregation and threaten everything that they were working to build. They remembered Jesus say “…a house divided against itself will not stand” (Matt 12:25). Small problems tend to grow into significant issues if you don’t give them the proper attention needed to eliminate them.

The other compelling thing that the Apostles did after acknowledging the need was to understand the roles. They knew that something needed to be done, but quickly (and correctly) recognized that if they stopped what they were doing to take care of it – which quite honestly the Apostles could have, seeing that they were men who ran businesses and understood administration – then something would slip. Good leadership is understanding the needs, then quickly assessing who are the right people to take care of the matter.

Understanding that, the next thing that the Apostles did was delegate authority and trust. They immediately recognized that a system needed to be developed and that they would need some qualified people to manage it. They told the people to “find seven guys who we can assign this problem to.” Now, watch this – cause I thought this was so great!

Not only did the Apostles recognize that there needed to be a system to handle the needs of a growing church and that the system would need to be managed by people other than them – but they (the Apostles) decided not even to choose the guys! The very next thing that they did was to delegate the task of selecting the seven to the congregation.

They were able to do this because they trusted others to get the job done. They believed in the congregation to make the right decision in choosing the most qualified candidates – and they would later trust the seven men who would be responsible for fixing the problem within the church, and managing that fix moving forward.

What are you not delegating which may be keeping you from what you’re supposed to be doing?

I want you to recognize something here. The Apostles didn’t abdicate their leadership role. In fact, they enhanced it. Before sending the people off to look for the seven men, the Apostles communicated clear and specific qualifications on what they expected, and what requirements the congregation should look for. This was another powerful example of good leadership.

It would have been easy to tell them, “go find some guys to handle this.” But they understood that not providing clear expectations – and communicating thoroughly – could result in further problems by not choosing the right people. The Apostles instead decided to be intentional about their strategy and define the qualifications of the role.

I find it interesting that the only qualifications that the Apostles gave the congregation were to examine their character, make sure that they were a believer in Christ, and that they exhibited wisdom. Nowhere does it say that these men had to be competent administrators or business gurus. This is a great blueprint for leaders, especially within our churches, because often, you’re going to have to train and develop the people that you need to use. They may come with the “will,” but you’ll need to give them the “skill.”

Good leadership is understanding the needs, then quickly assessing who are the right people to take care of the matter.

Watch this: The Apostles understood the problem, created a strategy on how to handle it (which included developing a system and getting others to manage it), formed a committee to find the right people to control the operations, and then provided direction on the right qualifications, and what they should look for. That’s great leadership!

And finally, the Bible says that once the seven men were anointed by the Apostles and assumed their roles; the church continued to grow. You see, if the Apostles tried to do everything, growth would have stalled. That’s because a leader can’t be everywhere, doing everything, and continue to grow. It will either wear down the leader or worse, stall the growth of the organization.

As a leader, you must recognize your role and do everything you can to stay focused on it. And this means finding qualified staff members and volunteers to oversee the planning execution, measuring, management, and follow-up. If you don’t currently have qualified individuals within your church – then you’ll need to help get them trained. Following this biblical pattern of structured administration will help church pastors stay focused on their spiritual responsibility while ensuring that the administrative and organizational task of the church helps move the organization forward towards its purpose and goals. 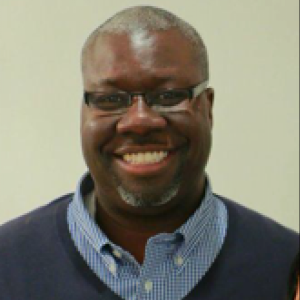 Dwight started Churbiz with the goal of helping churches get the nonprofit training they needed to effectively run their organization. He believes that strengthened churches are better equipped to lead the spiritual and social revitalization of our communities. He’s a dedicated leader, entrepreneur, former engineer, ex-corporate manager, church administrator, MBA, and current student perusing a certificate in Church Business Administration;

It’s filled with pastors, lay leaders, administrators, marketing professionals, and media volunteers – as well as other nonprofit professionals such as attorneys, CPAs, and data & security experts.

Our community gives pastors and their teams the answers and support on operating ministry in a spirit of excellence. In the helpdesk, leaders are able to ask questions and benchmark effective strategies for growing a healthy church.

Increase giving throughout the year by giving members and visitors an easy and convenient way to give to your church. Download this free white paper today!

There are 5 core operational principles – we call them pillars – that provide the foundation for every healthy church. Download this free white paper to learn more about each pillar, and how to strengthening them within your own ministry; in order to continually grow your church.

Learn more about the 11 essential systems - and all of the required forms and templates  - which are necessary for every growing church today.

Learn more about the 11 essential systems – and all of the required forms and templates  – which are necessary for every growing church today.

Learn more about the 11 major systems (and 100+ templates), spreadsheets, policies, and forms that every church needs to be healthy, protect the ministry, and operate in excellence.